One of the coolest things I’ve learned is that there is no agreed upon definition for “religion” in the study of religion.

I find this fascinating. (It’s based on the work of Peter Byrne, explained in detail here, for you intelligentsia types.) You can usually recognize religion when you see it, but it’s almost impossible to define. Games are the popular analogy—can you come up with a single definition of “games” that accurately describes Monopoly, solitaire, Dungeons and Dragons, soccer, Civilization, hopscotch and Mario Bros.?

You can probably cobble together some franken-definition that covers the major types of games, but people hate definitions like that. Most people will ignore a long, complicated explanation and just say something like, “Games are contests that are meant to be fun.” Succinct, elegant… and wrong. (Some games aren’t even contests.)

Same with religion. Most of us base our definition on our upbringing. If you were raised Christian you might say that religion is about believing in a higher power. But that doesn’t describe Mohism.

Then there are definitions based on a political view—for example, some atheists define religion as a belief in the supernatural. This makes it easy to call religions superstitions, and it doesn’t lump in atheist-friendly philosophies. It’s good for their platform.

Probably the most famous bad definition is, “Religion is… the opium of the people,” taken from Karl Marx. When people say this they usually mean religion pacifies the poor so they don’t rise up against the rich (though that’s not necessarily how Marx meant it). This is a double decker: it’s based only on the religions Marx knew firsthand and it’s consciously part of a political agenda.

But Surely with Google…

Nowadays we savvy Googlers can easily find out that these definitions are wrong. Buddhism teaches that higher powers are an illusion, LaVeyan Satanists do not believe in the supernatural and Vodou overthrew rich slave-owners.  There have been tens of thousands of religions in human history, some of them about as similar as apples and lava. In the 1800’s only a few of these religions were treated seriously by Westerners, and you could easily define religion to cover those few. But it’s not the 1800’s, it’s the age of information, and we can do better.

Tibetan Buddhist jhator or “sky burial,” where the body of the deceased is fed to vultures – just like Jews and Christians do. Right?

Understanding religion is no more difficult than looking at your phone. How would you define apps?

You probably wouldn’t–at least not every app at once. That isn’t how they’re useful. It doesn’t matter what video games, camera filters and animal track identifiers have in common. It matters that you’re going camping next weekend and you want to identify birds. The animal track app came up when you searched “outdoors” so you look at that one. You ask what it does and whether you can use it.

That’s how I view religion. Most people start off with one by default, just like you get free apps with your phone. If your parents’ religion (your free apps) meets your needs, or if you become lapsed/agnostic (you don’t really use apps much), the story ends there. Otherwise, you search. You decide what type of thing you’re looking for—compatibility with science? Less dogma? A cultural connection?—and see if there’s a religion that offers that.

There really is no such thing as “religion.” Statements like “I’m not a fan of religion,” or “Religion helps people live a good life,” are zero-content statements. They’re inaccurate to the point of almost being silly.

But consider, “I’m not a fan of Christianity, because I feel there is no evidence for the existence of a God,” or “Vodou helps people, because it uses music and ritual to connect them to their heritage.” Those statements refer to real practices and beliefs, and make intelligent (if still debatable) judgement calls. Saying “All religions are ____” just means you don’t know much about religion.

When we talk about “religion” as a single, monolithic idea we start to treat it that way. We shut ourselves off to options. Worst of all, we begin to assume that we know what people think or believe when we really don’t at all.

Religions can fill a wide variety of needs, and not just things like hope or comfort. Some religions are great for physical fitness, mental health, critical thinking, imagination, entertainment, building community or even winning war. Some have glaring errors and some make claims we could debate till the end of time. But none of them fill every need, and they each do something different.

By assuming you know what “religion” is you only put up walls. By asking people what religion is, you open dialog and learn what gives others meaning. 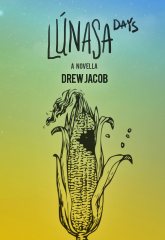 14 thoughts on “Religions are Apps”