It was June 2002. Rain hit my tent. I heard it clattering against the dome and it was not comforting. It was chilling.

A clammy cold fog had already drifted through, dampening everything. We were camped in a swamp. I hugged my sleeping bag tighter around me, but it was cold and wet. It couldn’t help me.

I was scared because this was Day One.

I had planned a seven-week trip to Beaver Island, Michigan. It was a field study to map stone circles located on the island. Most people don’t know there are stone circles there, and they’re quite unusual for Native American construction. There was talk that maybe they had been built by early European explorers long before Columbus.

But that wasn’t what I cared about, not in that tent. There were three things on my mind:

It was the last one that was hardest. Two women, my study co-author and our photographer, were in a second tent just yards away from my own. They didn’t come complain to me, and I didn’t go complain to them. None of us wanted to go out in the rain just to gripe. But I know we were all thinking the same thing.

I want to go home.

Home was a million miles away. Actually it was about 450 miles, but that was no closer. My father had graciously offered to drive us from Milwaukee all the way to Charlevoix where the ferry departs for Beaver Island. Earlier that day, on the ferry on the copper-blue lake, with the sun shining, the trip still seemed like a great idea.

But after he saw us to the ferry, Dad took the car and headed home. And by now, ten o’clock or midnight, he was already home. And warm.

I considered asking him to come bail us out. Drive back up, rescue us. The trip is a bust. Forget the stone circles.

It wouldn’t have been easy. No cell phones (2002, remember?) but we could have used the phone at the biological research station we were camped near. He would have come for us, maybe even that night, but it wouldn’t have been till nearly dawn he’d be at the ferry. And, oh yeah, the ferry wouldn’t leave till morning anyway.

Like it or not, we were stuck out there for one night minimum. But it wasn’t the minimum that terrified me. It was the maximum. Seven weeks is a lot of goddamned nights if you can’t even make it through just one.

Admitting that sleep was not going to happen, I reviewed my options. We could bug out tomorrow and go home. It would be an imposition, and it would waste hundreds of dollars already spent from our paltry budget of $1,900. It would be a blow to my reputation, and it would feel like I had personally failed my companions who had counted on me to plan and organize everything.

Or we could stay. A decision that might be even less popular than bugging out, or might even result in outright mutiny. I knew my companions well enough to be certain that if I was panicking, they were more than panicking.

And that was my first in.

What if the reverse is true?

If I stay calm, will they stay calm too?

I fixated on that. I planned what I would say the next day (or that night, if they burst into my tent wanting to go home). I made a mental list of things that might get better, and things that we can change, and things that aren’t that bad. I planned these things mostly to distract myself from the growing pool of water in the corner of my tent. I decided that I would speak with positivity and confidence, even though it was a complete sham over inner terror, and hope that it caught on.

Fitfully, I survived the night. The morning brought mixed feelings. It was the least comfortable of all: the cold wind off the lake had chilled our low-lying swamp all night, and the thick trees wouldn’t let the fog burn off. It draped on me, on everything. Getting out of my sleeping bag was an exercise in shivering. But at the same time, the very sight of sunlight and the knowledge that nighttime was over gave me a sort of courage. I opened my tent door and went to check on my colleagues.

They looked at me with zombie-like faces. I nodded as they debriefed me on how horrible the night was. I didn’t disagree on any particular. When they asked me what I thought, I began to talk in terms of what could be fixed or how we could improve things.

We did improve things. We re-sited our tents and did some waterproofing. We strung clotheslines to dry our bedding. We adapted.

It wasn’t perfect. Nothing we did would change the freezing miasma that hung over the swamp each morning. Nothing we did could stop it from raining every. single. day. of June on Beaver Island. I’m not sure that my companions ever were happy with our living situation, but they did it for my sake and I did it for their sake. In time we got used to it and I slept soundly and well many nights.

There are a lot of great things that I could tell you about from those seven weeks. There were Ottawa elders who visited and asked me to be their guide on their own island. There was the peace pipe ceremony they invited us to on the summer solstice. We even spent two days on a (truly) deserted island.

The moral of this story could be: don’t ever fucking give up.

That’s a good one. I like that moral. It’s true, mostly.

But that isn’t the moral of this story. Nor is it the fact that this was the day I learned what it felt like to be a leader. Those are tangential.

No, this story is told because that was the day I knew I could do more than just “camping.” I was beyond camping now, vacation-style, with s’mores and a car and a get out of jail free card.

I had gone deep. Balls deep in mother nature. And I found that I could make it, be steady, even comfortable.

I was comfortable dating the outdoors, even when she was in one of her moods.

I was changed forever. If you want to hear about why a grown man with a normal life would go off to live with hunter-gatherers, it starts here.

If you’ve enjoyed this story so far, please tweet or Facebook share it. Questions, thoughts, stories of your own? I love stories. Hit me up in the comments. 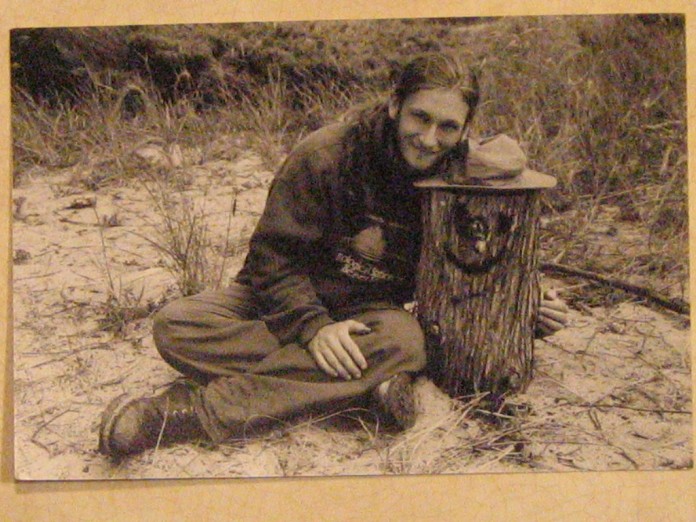 15 thoughts on “When I Was Enkidu: Nothing But the Rain”