“Try not to party too hard.”

I had just told my friend I was headed to New Orleans for Hallowe’en. His response was fairly typical.

New Orleans is a city of festivals. There’s pretty much always a party happening, and of the occasions to hold them Hallowe’en is the biggest (yep, better than Mardi Gras, as every local has told me). Just google Bourbon Street and you’ll see a wall of revelry with almost as many nipples as nostrils.

So who goes there and stays sober? 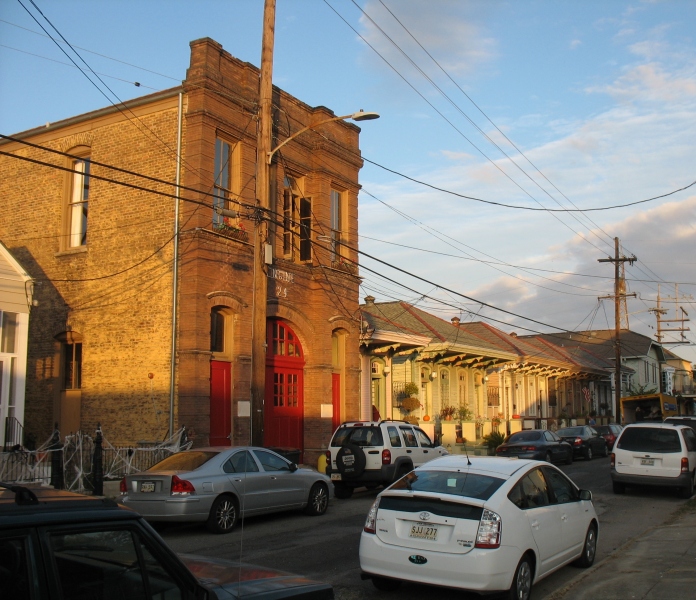 Why to Try Dry

Seven days out of eight, anyway. I’m allowing myself to enjoy absinthe one night. Other than that, alcohol is a no-no on this trip, part of a move toward zero drinking that I’ve been making for several weeks now.

Why? Well, I’m not in recovery, and I have no moral objection to drinking. In fact, sharing libations is one of the most important ceremonies in my religious repertoire. But abstaining from alcohol has benefits. For starters:

However, these side benefits were never enough for me to quit drinking. I come from a family where drinking is the norm, at meals as well as social occasions. It feels normal for me to have a beer pretty much any day of the week. And enjoying cocktails is part and parcel of experiencing a new city.

The biggest reason is something my teacher told me:

This was the whole of his reason for not drinking. I like to stay conscious. Tied up in that simple sentence is an entire philosophy. He’s not talking about blacking out, though that’s no fun either. He means the little bit of consciousness you give up with each drink.

This is a profoundly different view of alcohol. In this view, the drawback of drinking is not solely in the consequences. You could be very responsible, know your limit, stay polite and friendly, and take a cab home—to most people, this is an example of problem-free drinking. But it still comes at a cost of consciousness. During those hours you have less awareness, less cognitive power and a greatly impoverished set of reflexes.

To the average person, that may not matter much. In a city you know well, surrounded by friends, the danger of walking around in a fog is easy to forget. But people carry those same habits into less familiar surrounds. When you go on a bender in a new city, you bet your safety on the amount of love the locals have for tourists.

I’m mounting a two+ year trek across more than a dozen countries. I refuse to give up my life on this quest, and I’m sure there will be many times I’ll have to make quick choices that affect my survival. The lessons I’m receiving about self-preservation go beyond the brutal moves on the dojo mat, and I’m not waiting till I’m on the road to learn how to make friends without a bottle of Scotch. Right now, every day is training.

So I spend evenings wandering the French Quarter with friends, witnessing the night life with an unusally clear mind. It gives me a sort of poet’s lust for the city around me. There are layers of magic and culture in New Orleans that run deeper than a backstreet bar, and my teacher’s lesson has given me a new tool for exploration.

What role does drinking play in your social life? How about stress relief? I’m curious what you think—is the “consciousness cost” worth it for the high? When? Leave a comment and let me know!

30 thoughts on “Sober on Bourbon St.”