This week is Holy Week, and yesterday (Holy Thursday) I walked downtown… to find the Central Historic District completely transformed. There’s a small grassy park in front of the Church of St. Francis of Assisi, which is normally an empty, lazy place for teenagers to sit and chat and a few old men to read their newspapers. Instead, I could barely get into the square—food stands lined every pathway and paved area while crowds of people made their way toward church. Standing on a stone block, I managed to get above the crowd and capture this image: 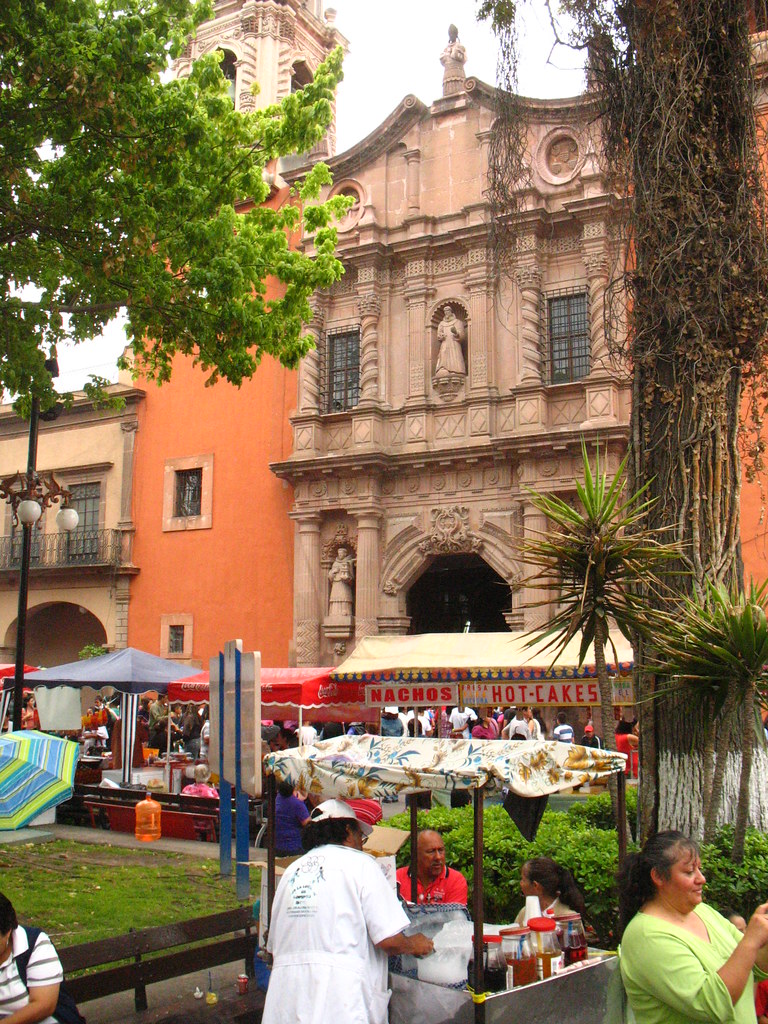 Yes, that is a Nacho stand in front of a church! Which is a brilliant idea that every church should implement. Also Hot Cakes, but who chooses hot cakes over nachos? Anyway, in Catholic doctrine I believe there’s a rule against eating anything just before or after taking the Host at Communion, so I’m not sure how Holy these Holy Thursday vendors are. Sort of the like the meat sellers outside that Thai Buddhist temple. My favorite picture is from behind the Church, in a little walled courtyard. This one officially gets the “Photo of the Week” title: 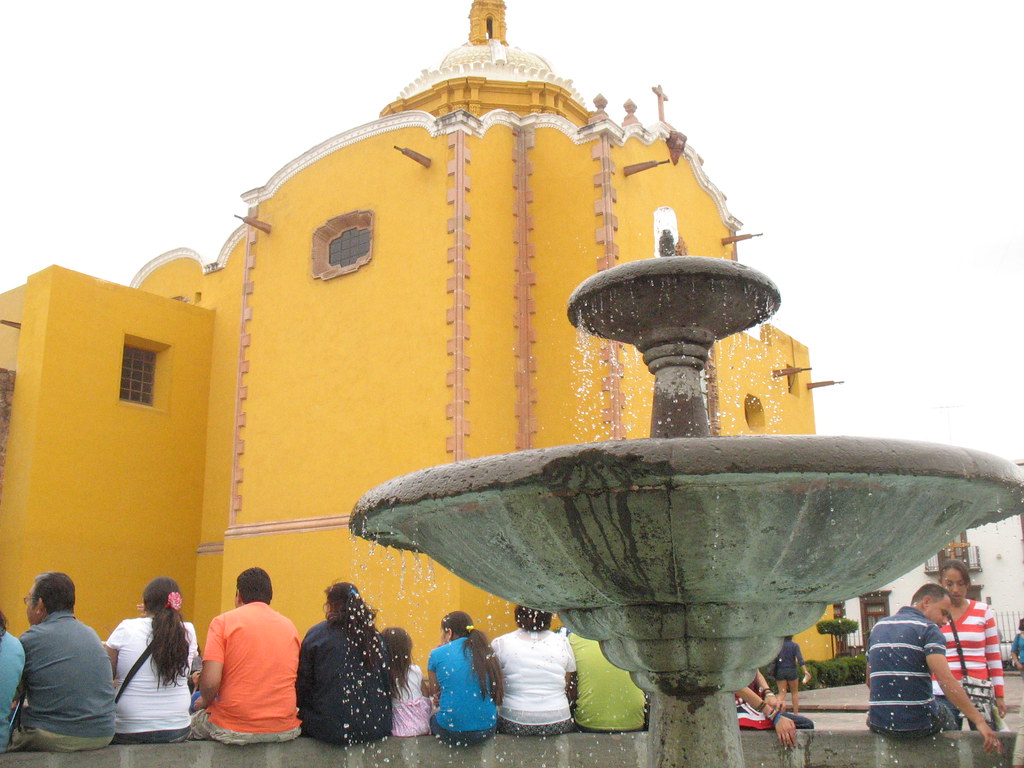 Families sitting on a fountain. Photo by André.

The alley alongside the church had become a sort of open air bazaar: 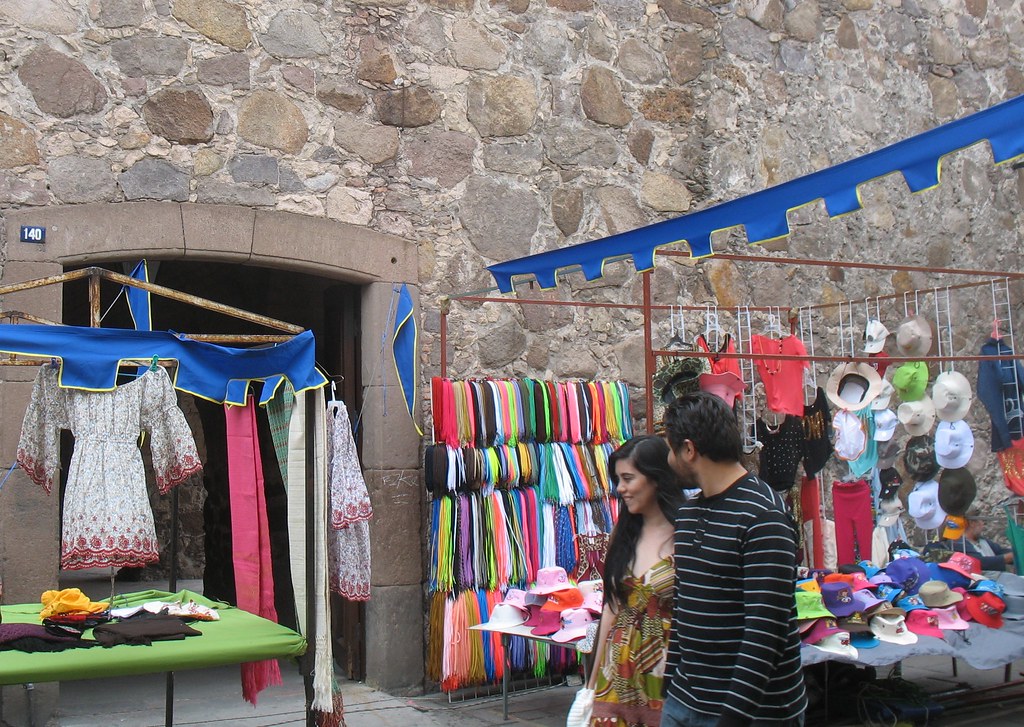 There are always some vendors here, but never like this. Photo by André. 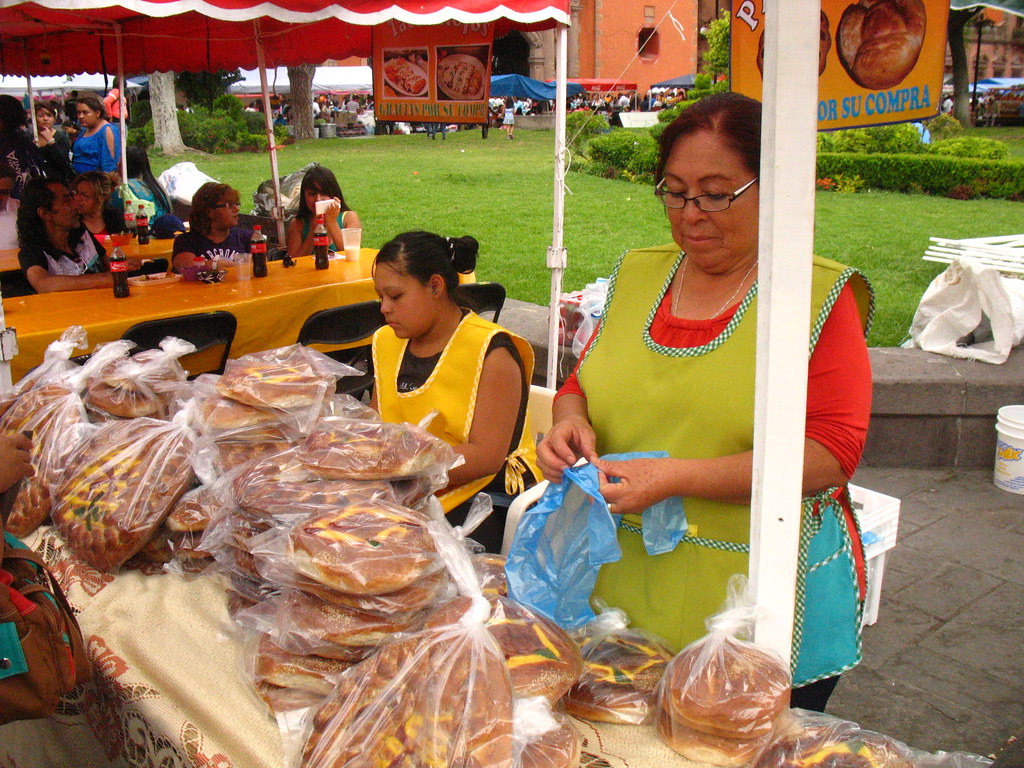 Each pan is decorated with candied fruit slices forming either lilies or a cross: 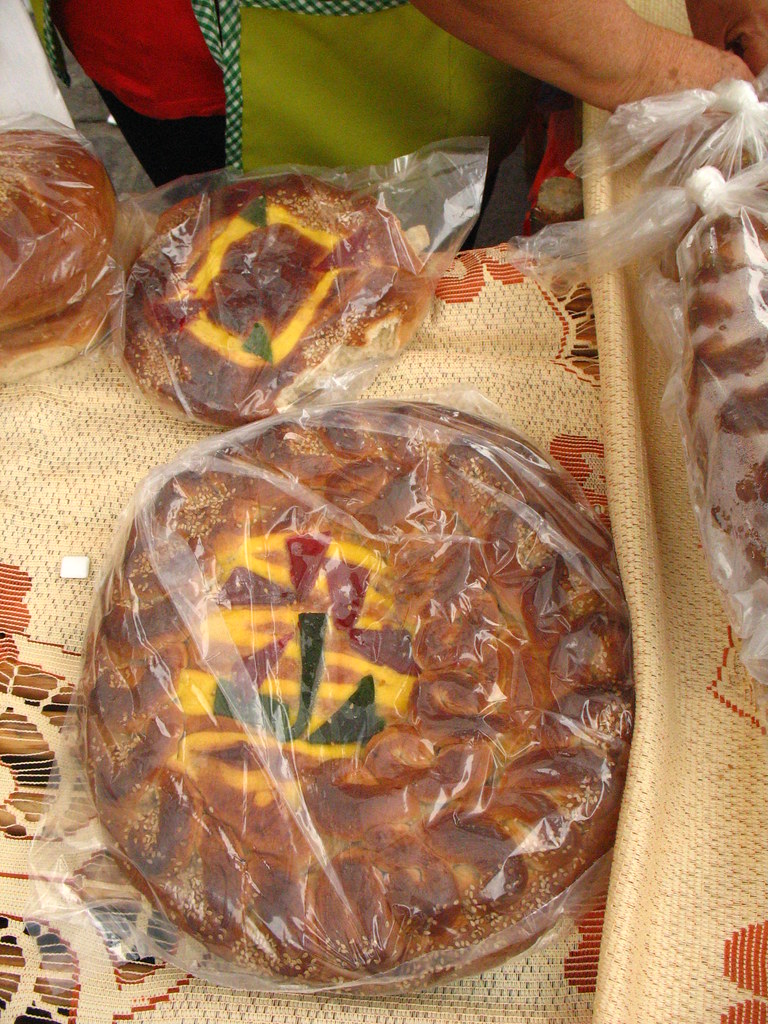 Close up. Photo by André.

The doña opened up a bag so I could smell it. It has a rich, almost fermented smell plus the scent of the sesame seeds. I bought one for 25 pesos, or about US $2 and had some later that night. It’s incredibly sweet, definitely fresh baked and the fruit is the best part. And Mamá, if you’re reading this… Happy Easter!