For my entire adult life I’ve had long hair. For a while it was ponytail long, and then I switched to a medium long cut loosely influenced by Brad Pitt circa Spy Game.

Since then it’s gotten shorter bit by bit, for a few reasons. As an adventurer I find that my hair is always, always getting in my eyes—especially when sweating on a bike or soaked on a kayak. Having it shorter in the front helps, but it also looks way more awkward as it grows out. And frankly, I don’t like to spend a lot of time (well, any time) styling my hair. I can towel it dry and add one smear of product, but that’s my limit. That works about half the time.

The other half… well, I’m tired of looking like a cross between Austin Powers and Jemaine from the Conchords.

Maybe I should change my glasses.

So the last couple times I’ve had my hair cut I went shorter and shorter, while retaining the same basic style. This time I think I’m finally ready to go full-on short hair.

Not buzz cut short, mind you. But I remember that as a teenager, the year before I decided to grow a pony tail, I had my hair done Caesar style (aka Clooney style) and it looked really, really good. So I’m thinking about going about that short or just a bit longer.

I’ve narrowed it down to two options and I’d like your input on which you think I’ll look better as. For reference, here’s how I look now:

And here are the two options I’m deciding between: 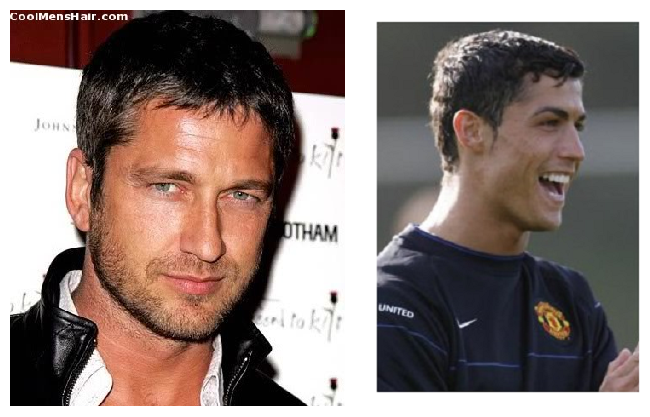 “But André,” you might be saying. “Those are both the same haircut!”

I think you’re basically right. But it looks like Option 1 (Jaime Lannister) is slightly longer in the front. The Clooney (Option 2) is usually just mussed or let to hang down in front, whereas the Lannister is often spiked forward.

There are pros and cons to each one. That spiky front makes the Lannister more distinctive. I think it’s the sharper haircut, and if I had to pick a favorite it’d be this one. But I’ll probably have to do something to style it in the morning, which I already said I don’t like. And Jamie’s face is more angular than mine, so I can’t be sure how it’ll look on me until I try it.

Option 2 is a little more generic. You see it a lot more often than you see the Lannister. On the other hand, this is the exact hair style I looked so great with at 16… and Clooney’s face is shaped a lot like mine, so what you see is what you get. Plus, I’m pretty sure I could just crawl out of bed, run a hand through it, and I’m ready to go.

So the bottom line is I’d be happy with either one of these cuts, but for different reasons. So I’d really love a reader vote.

Which one do you think will look better on me?

Please leave a comment and tell me why you voted the way you did!

Edited to add: if you choose “other” and you don’t leave a comment to explain… that’s just mean.

13 thoughts on “Help Me Choose a New Haircut”