Last time I covered 100 miles in a single go, then coasted over a deadly freeway bridge to Memphis with a leaky tire. Exhausted, on a limping Giant, I almost fell into my hosts’ apartment.

My Couchsurfing hosts are two guys about my age, Michael and John, who couldn’t be more different and yet seem to get along amazingly. Michael is a literature grad student with a love of sci-fi. He’s gay and he’s black. John is a white straight entrepreneur. Both have great personalities and are easy to get along with.

After the long ride from Hayti, I thought all I would want to do was fall into a pile and rest. But I perk up quickly when I’m told there will be a party. I take a shower and meet their other Couchsurfer, a girl from Switzerland who it turns out I’ll hardly ever see. One of us has the couch, the other has an air mattress, but it almost doesn’t matter because she’ll be out all night most nights at raves.

Then we head to a Couchsurfing party at another host’s house. It’s a beautiful apartment in a big building, and I meet lots of hosts and travelers, although I hover way too close around the food table after the long day on the road. Made an effort not to drink too fast, knowing how alcohol affects my body on a marathon day.

I hit it off in particular with the hostess of the party, Amy, and her guy Daniel. I’ll end up spending a fair amount of time with them during my stay.

Thankfully the party isn’t an all night affair, and eventually I drift into sweet sleep in Michael & John’s living room. In the morning, a first order of business is changing the now-flat tire on the Giant, from which I pull no fewer than three pieces of glass and metal. Seeing all the damage, and thinking about how I was able to keep riding on it with fair air pressure, I realize for the first time the value of the tire goo that Tony from Semo Cycle put in my tubes. Since I have no more goo, I actually patch all three holes and re-use the same goo-filled tube.

During my stay I explore mostly on foot, a nice change from all the biking. I discover a brilliant coffee house called Otherland, which becomes my temporary work headquarters for a few days. At one point I tweet this image from the Otherlands bathroom:

…which causes a serious stir with some readers. The sign strikes them as trans-phobic. If you’re in Otherland you can tell from the drag show posters and the clientele that the place is very queer friendly, the sign is tongue in cheek. But that isn’t obvious via Twitter.

Another day I work in a Starbuck’s, which is closer to Michael and John’s, but this only reinforces to me why I hate, hate, hate spending time in most chain coffee shops.

Sunday night John is determined to show us the Memphis night life and he sure delivers. I’ve been looking forward to seeing this city since I started out. It was a brief stop on my road trip to New Orleans last year, and I saw just enough of the historic downtown nightlife as I sped through to make an impression.

First John took us to a huge beer bar with hundreds of taps and bottles from around the world. It’s set up as a members-only club, and you can swipe your member card as you order to track which beers you’ve tried. There are awards and titles for those who try enough different varieties. John gets us in as his guests and in exchange we swipe our drinks on his card, giving him full credit.

After that it was off to Earnestine & Hazel’s Juke Joint, a Memphis institution and self-described dive bar. It’s two stories of a former 1930’s pharmacy building. Earnestine and Hazel were two hairstylists who cut hair upstairs, and got the downstairs from the pharmacist after he made it big. It became a cafe and then a stop on the blues circuit, which it remains to this day.

Earnestine & Hazel’s has everything a blues joint should have. Dim lighting. Old brickwork. A patina of cigarettes past. Strong drinks. Even ghosts. It’s considered the most haunted restaurant in Memphis.

Upstairs is a piano, a second bar, and several private rooms guests can use. Ours has a giant Ouija board as a table. We were not able to get it to work with an ash tray instead of a pointer.

Outside E&H, someone has turned the neighboring alley/tiny abandoned lot into a pleasant sitting spot with benches and a swing. A swing for drunks! This is the best idea ever. When I retire with a scar on my face and a nasty limp to open my own bar, I want there to be a swing next door. Also ghosts.

Amy on the swing.

I was long overdue for a haircut so I sought out a barber. The elderly man at the Mid-City Barber Shop had shaky hands and couldn’t hear so good but he’s been doing this his whole life so I entrusted my hair to him. After cutting my ear, he manage to give me the perfect haircut… for the 1940s. I haven’t seen my hair this short since I was 17.

Me looking less than thrilled with my new haircut.

Amy and Daniel wanted to make sure I tried Memphis barbeque, which is a “dry” barbeque—meaning it’s rubbed in spices and seasoning for flavor, not drizzled in sauce. That’s some foreign stuff up north, but it was as succulent as you could want. And of course, without sauce everywhere, you can taste the natural flavor of the meat much better. It’s delicious. I still put South Carolina’s barbeque at the top of my personal list, but Memphis is a close, close second.

I hit it off with both Amy and Daniel but in different ways. Daniel is an atheist and more to the point he’s the kind of atheists who eats, breathes and sleeps skepticism. I’m fine with that, but it provokes some difficult feelings for me. I’m too pious for atheists and too much of a doubter for my fellow religious folks. I’m quite sure we have no soul and I question very much whether the gods exist outside of human psychology. That doesn’t mean talking to them isn’t valuable, and I that value is much more than just the sense of “comfort” that atheists sometimes admit religion provides. But if I had to choose one camp or the other, I probably have more in common with most atheists than with most religious people.

That, unfortunately, makes little sense to a certain brand of atheist, who see religion as inherently violent and irrational. (Ironically, the scientific study of religion suggests they’re wrong about this, but this is one area where science is not their strong suit.) So, when someone starts speaking as a strong atheist or skeptic, I always have a tense moment where I’m not sure whether we’re about to become best buds, or if I’m about to go on trial.

This was only amplified when Daniel was uncomfortable with playfully messing around with the Ouija board table, since it’s superstitious.

But actually, we got along great. Daniel was very polite about my beliefs, and curious what it meant for me to be a priest. He was put at ease when I agreed with him about the downsides of faith and superstition, although it’s hard for me to say whether he absorbed what I said about how not all religions care about “faith” like Christianity does.

In any case, the intellectual conversation was great with both of them, and Amy is naturally warm and has a lot of shared interests with me. We got along so well that they invited me to come see the Memphis zoo.

It’s a great zoo. The front is designed like ruins from Memphis, Egypt and they carry that theme through much of the park. It’s the right size to see in one afternoon and the layout favors large, open air environments for most animals. All the residents looked clean and healthy. Amy is a huge panda fan, and we checked out their giant pandas. Personally I’m crazy about red pandas, which Amy had never heard of. But Memphis has red pandas! It took us forever to spot them way up in their trees. 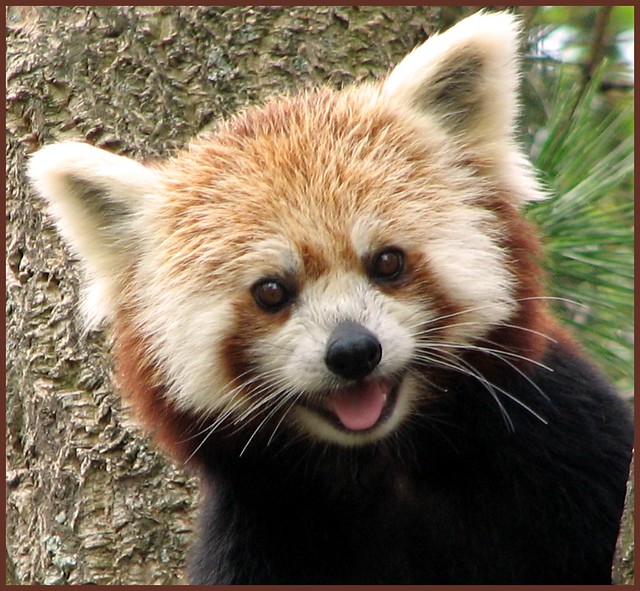 One of the highlights of Memphis was meeting up with one of my readers, Khalil. I’ve never met a reader before who I didn’t already know in real life. Several had offered to put me up if I ever traveled near them, but most lived far, far from my planned path. Khalil just so happens to live in Memphis and we were excited to meet.

I feel like I bungled it a little. I had spotted a moody cocktail bar called Alchemy so I suggested we meet there. Khalil doesn’t drink. Meanwhile, I also invited Michael, thinking it’d be more fun for us to all hang out together, but Michael could barely swoop in before rushing off for study time. I probably could’ve planned it better.

But meeting Khalil was great. He shared with me the details of his own winding spiritual quest, and how his relationships and work had helped him find his own role in life. I feel like I met someone with a great deal of wisdom gained through experience.

(André’s note: Khalil and I still keep in touch. We met up again in New Orleans and I made at least one other great friend through him.)

I’ve also been planning the next bicycling leg. It’s going to be three days (André’s note: so I thought) to Vicksburg, where another set of hosts awaits me.

Next time we’ll see that rushing to reach those hosts has its down side… and that my problems with ornery white people are far from over. Until then, you can check out all my road logs.