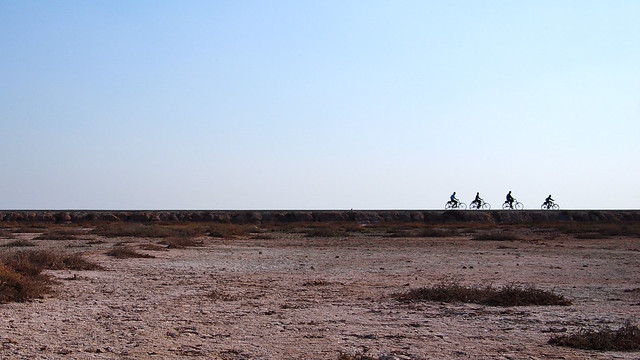 My time in Mexico is almost over, and as we reach the end I have something pretty amazing to announce. We all know that once I return to the US next month, I’m setting out on bicycle again. I’ll pick up where I washed ashore in a kayak in South Texas and bicycle toward the Mexico border. The quest to cross the Americas must go on.

However, on this particular leg of the quest I won’t be alone.

I’ll have a bicycling companion for my final US leg. I put out the call for companions in April, and about a month later I received a message that read, “Alright, Andre. I am interested in joining you. So… what now?”

The message was from Claire, an old acquaintance of mine in Minnesota. Nowadays she goes by the nickname Pixi. (What is it with adventurers and nicknames?)

Pixi’s message had me smiling from ear to ear. Pixi is not an experienced cyclist—in fact she’s never gone more than a few miles in one ride. But the idea of sharing an adventure with other explorers is my dream come true. She’s already started building her endurance and has gone from total newbie to whopping 25 mile rides. (I’m a little jealous; I did zero training before my first 32 mile day.) Most people are surprised how quickly their body will adapt to long distance cycle rides, and Pixi seems to be right on track.

Not that she doesn’t have some serious adventuring chops of her own. A short while ago Pixi completed 365 straight days living in the wild as a hunter-gatherer. It was part of a wilderness training program (to say the least) with over 30 other people—including whole families. Not everyone completes the program, but Pixi made it through the entire year.

Our trip will be July 18-20, three beautiful days of bicycling. The mileage will be relatively short (32, 35 and 55 miles respectively) which will let us set an easy pace. At night we plan to camp out near churches in two small Texas towns.

Here’s a map of our route:

This leg of the Adventure will be the last ride through the US for me. For Pixi I hope it will be an introduction to a truly incredible way to see our country and enjoy the outdoors. Bicycling is the perfect pace, slow enough to see everything but fast enough that you rarely get bored.

Pixi and I are also in agreement on one other key factor: we’d be happy to have other people with us. The Texas ride is ideal for total beginners, with flat land, short riding days and a pretty friendly countryside. Are you interested? If you might like to meet up and join us for these three days, please email me at andre@roguepriest.net and let me know.

Or if you have questions, ask away. What’s holding you back?

4 thoughts on “But Must One Adventure Always Alone?”