Monday I announced that everyone is invited for the Mexico leg, so I figured I would post some more road logs to get people excited about adventuring. I may have timed it poorly, however, because these next couple entries are rough. When we left off I was enjoying Memphis. This time I head out hoping for Clarksdale, Mississippi—and encounter some of the toughest days of the whole trip. Here’s the first one. 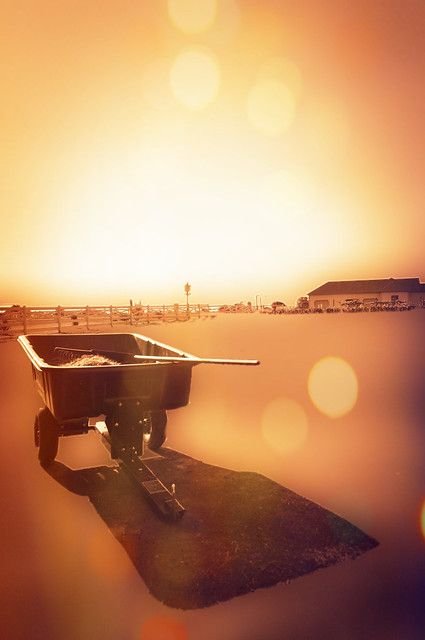 90 days! Effectively three months since I started, but the real anniversary won’t be till October 7. If you’d asked me at the start of my trip how long it would take me, I wouldn’t have had a clue. But I did hope—and still do—to meet friends Urban and Saumya in New Orleans by October the 17th. That means I’m starting to feel a little urgency in moving on. The colder nights contribute to that too. At the same time, my perspective on camping out has changed. The experience of the last few weeks has taught me that it’s really, really hard to be a stranger with nowhere to stay. When I have a Couchsurfing host, the advantage isn’t just a roof and a hot shower (although that’s nice) it’s that the entire community becomes more friendly. When you’re a guest of a local you’re welcomed warmly by their friends and seen as someone worth meeting. When you’re an itinerant bicyclist people regard you as somewhere between a bum, a freeloader and a dangerous criminal. A lot of other adventurers talk about how easy it is to walk into a town, share your story and be given a place to stay. Maybe those people are more charming than me. Or perhaps, soaked with sweat fresh off the road, I just look too wild. But my luck has been decidedly mixed in finding even just permission to camp somewhere. So now I try to line up a Couchsurfing host every night if possible. I also learned about the site Warm Showers (it sounds dirty but it’s not) and started using that as well. Neither network turned up any hosts between Memphis and Vicksburg, three days’ ride away. The first stop on the way is Clarksdale, Mississippi. I figure I’ll just have to take my chances finding a place to stay or camp when I get there.

As so often happens, I got a much later start than I’d hoped. John and Michael both said I could stay longer, and it was tempting, but I pushed on. Cruised through downtown Memphis, taking in the beautiful buildings one last time before angling south toward a bridge, the Mississippi border, and Clarksdale. To get out of the city I had to go through South Memphis. I could tell I was in a rougher neighborhood but in broad daylight it didn’t worry me. Not, that is, until a squad car pulled up. “Where are you going?” asked the officer. With all the stuff strapped to my bike, I figured he was just curious. I explained my plan. “You got any other way you can take?” I didn’t, really, without going way off course. He nodded. “The neighborhood you’re going into is deadly,” he told me. “If I were you I would pedal fast and don’t stop for anything.” That took me back. I thanked him and he waved as I pulled away. At first I thought he was following me to give me an escort, but as soon as I turned a corner he was gone. I generally take other people’s neighborhood fears with a pretty big dose of skepticism. But I also don’t want to ignore potential life-saving advice. Heeding his words, I pedaled hard and fast. I didn’t stop for stop signs or red lights, only slowing down as much as I absolutely had to to make sure no cross-traffic would hit me. I got some stares here and there, but the main thing I noticed in the neighborhood was about a million signs like this:

You might one or two anywhere in the world, but when they wallpaper every house like it’s a political campaign I figure maybe there’s a murdering problem. I was glad for the officer’s advice and moved fast. Eventually I went from slum to industrial zone. I crossed the Noncannah Creek, which is more like a drainage canal, on a giant meta bridge. Beyond was more industry, the exurbs, and—after what seemed like an eternity—the countryside. I stayed on Highway 61, belting out miles in the hot sun. The day really took a toll on me, and I can’t say why. Maybe it was hotter than before, maybe I wasn’t hydrated enough, maybe I was just pushing too hard. One way or another, it was actively unpleasant even by the time I crossed the Creek, and by afternoon out in the shadeless country I was really hurting. The lessons I had learned about camping out vs. having a host loomed large, however. Any idea of quitting before Clarksdale carried with it the miserable specter of another evening scrabbling for a place to camp. And another day before reaching a friendly home in Vicksburg. I really didn’t want to do that. Soon I developed early symptoms of heat stroke. I took basic precautions: a rest stop, more water, a little time in the shade. These precautions had worked in the past but, I would eventually learn, they don’t usually work. The cure for heatstroke is to get out of the heat and rest in a cool place for a good hour or more. I look at heatstroke (and sunburn) as low grade radiation poisoning. I don’t know if that’s medically accurate but they’re the result of too much exposure to a giant nuclear furnace. One makes your skin peel off and the other makes you nauseous and weak. You get these same symptoms if you’re an incautious distance from an atom bomb. Because of the sudden weakness, heatstroke also affects your bike pace. You go slower either to try to reduce the strain or just because you can’t go fast anymore. So now you’re out in the sun even longer. It’s not pretty.

I reached the town of Tunica, Mississippi in the late afternoon. I pulled off the main highway to scope their downtown and consider options. Maybe someone would strike up a conversation and offer me a great place to stay. Or maybe I’d find somewhere cool to hang out and rest. One man said he “bikes” from Clarksdale to Tunica and back all the time. Turns out he uses a motorcycle. The difference in difficulty seemed to be lost on him, and he figured we’d both arrive in Clarksdale around the same time. He said he’d wave if he passed me later. Tunica is a really attractive little town and I should have stopped there. Just put up my hammock by a church and called it a day. But the brief stop rejuvenated me, and I considered my mileage. If I had to leave from Tunica tomorrow morning, it would be over 100 miles to my next stop in Greenville—an even longer, hotter run than today had been. So I got back out on the highway and kept going. Within a few miles I knew it was a bad decision. I put all my legendary willpower into pushing forward—first in the vain hope of still making Clarksdale, then with the hope of reaching any other town, and finally just hoping for a gas station. I saw a little copse of trees that would make a suitable camp site, and went right past it. Not camping in the middle of nowhere! I thought. About 100 yards later the bicycle stopped. I fell more than I dismounted, and could barely hold the Giant up next to me. A motorcycle went by and honked without stopping. I turned the Giant back to the little copse of trees. We shoved through the tall grass, which caught musically in the spokes. I remember hoping vaguely that nothing broke. The remains of an old trail ran into the woods, and we followed it. Leaving the Giant, I took a few minutes to scout. No sign of anyone to catch me. I returned to the Giant and began unpacking camping supplies. And caught fire. Suddenly my skin flamed up all over my arms, legs and feet. Tiny red ants were all over me. I beat them off as best I could but every slap drew even more bites. They were all over the Giant where I had leaned him against a tree, and now they were all over me too. It was my first day in Mississippi and my first experience with fire ants. After slapping myself half to death, moving the Giant, slapping some more, and brushing him off I could finally set up camp. (André’s note: it turns out that if you’re writing a blog about fire ants and you see a bug on your arm, you freak the hell out.) Water was running low. I was ready to vomit. Setting up camp is physical work, and even in the shade it was warm. As the sun got low the mosquitoes covered me. Eventually I had a working hammock. After a letting out a short trickle of hot, sickly urine I threw myself into the hammock and just laid there, panting and clutching my water bottle. I had a lot to worry about. Lack of proper food was one thing. But since my stomach felt like a punching bag, a bigger concern was the low water. I used my phone to search for the nearest gas station and found nothing between Tunica and Clarksdale. That could be an error on Google’s part, but I wasn’t going out searching. I was only a few miles from a town called Lula. (Annoyingly, it has a propane or oil place that kept coming up on my searches for “gas.”) I entertained the fantasy that, once I rested a little bit, I’d be well enough to bike over there, look for somewhere to buy water, and maybe even get a decent meal in an air conditioned diner before returning to camp for the night. But as evening wore on it was clearly not going to happen. Rather than feeling better, it was like my body had only begun its epic voyage through radiation sickness. It was a struggle of will just to hold down the water I allowed myself to drink. And I didn’t hold back—I figured better to hydrate now and look for water in the morning. I rationed a small amount and sipped as much of the rest as I could handle. Fever set in and chills shook my body. I got a cheery message from Michael asking if I’d made Clarksdale (which he called Clarkville). Not wanting to alarm him, I only said I’d found a place to camp a little before town. I fell asleep early, and settled into a world of disturbing dreams, physical discomfort and much, much needed rest. 59.3 miles.

Next we’ll see what it’s like to bike on with no water, and find out who exactly is waiting for me in the town of Clarksdale. Until then, you can check out all my road logs. Does this kind of story scare you away from going on adventures of your own? How would you have handled it if you found yourself in the same position? Obviously, I brought this heat stroke on myself, and I’ve learned a lot about safe biking since then. But leave me a comment and tell me what you think. Is the risk work the thrill and sense of accomplishment?

Lúnasa Days has been called “like Paulo Coelho only darker.” Available in paperback and on Kindle. Get your copy here.