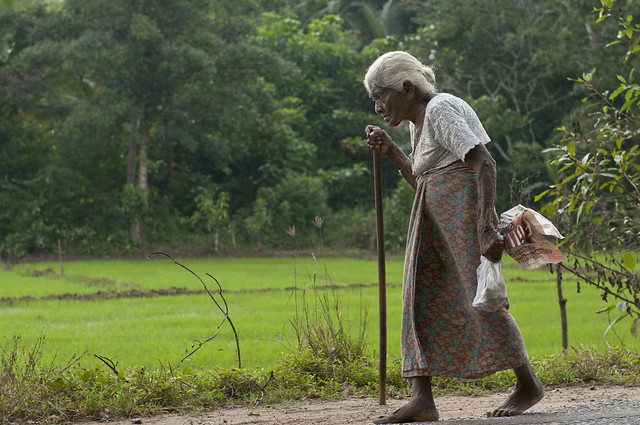 Last month I got an email from a reader named Tobes, who is planning his own great bicycle journey across Europe, ultimately to place his mother’s ashes in India. I can’t think of a more beautiful quest.

After we chatted a bit, Tobes had some questions for me. I love the questions I get from fellow adventurers, because they tend to go a bit deeper than the standard fare like, “What do you eat?” or “How many miles in a day?” So I thought I’d share them here, starting with one that cuts right to the bone.

1. Do you doubt your journey sometimes?

Constantly. Maybe every day. If there’s anything I have faith in it’s that a journey will change you, will remake you… But I always doubt whether I’m on the right journey. Whether I’m doing it the way that’s best for me, or if I’m speeding past things I should stop to savor or, on the other hand, dallying too long. My journey also taught me that I’m a writer, that writing is my “purpose” in life—so should I still be journeying instead of staying in the chair and writing?

And why am I so dedicated to doing this journey powered by my own body, when that choice could get me in trouble? Wouldn’t I be a smarter adventurer to just bus past the worst areas? Is it stupid to bicycle them? Or would taking a bus be giving up, admitting defeat, backing out? And does that matter, or is it just pride?

Those are some of the doubts I have every single day.

2. Do you present yourself to new faces—those you seek shelter from—with a version of yourself or your true self?

I think we all present different versions of ourselves, sometimes even to ourselves. So I’m surprised I don’t “change” more for strangers. Even though I could reinvent myself in every town, I catch myself with the same habits, the same ticks, the same basic personality. Only Vodou has really changed the face I put on. After my initiation when my patron spirit was in my head all my self-doubt fell away. I just acted from instinct. I think that was my “true self” coming through without all the social baggage. It lasted for several weeks and now it comes through at certain times.

I’ve also noticed that, despite originally thinking this journey would make me a badass, I don’t try to market myself. I don’t like to impress people with my adventure. Sometimes I wish I could avoid mentioning it at all. So when I’m buying camping supplies or a neighbor hears I’m a cyclist, I often downplay it. “Yeah, I’m doing a three day ride next week.” No mention of the 2,700 miles before that or the 5,000 more to go. Unless a friend is there and brags for me, it never even comes up.

That isn’t so much from a sense of humility (which I’m terrible at) but from sometimes just from fatigue. It can get tiring to tell your story all the time. If my purpose is to inspire, maybe I would do better to talk about it whenever I can. But I think my purpose is just to adventure.

3. Do you differentiate yourself from the homeless you see on your travels and are you wary of them?

Amazing question. I like the romantic idea of sitting down next to hobos and striking up a conversation with no barriers and no fear. The reality is a little different. They can see I have professional equipment and travel in a different way from them. I think they appreciate that I treat them as equals and will chat with them, but I don’t think I could be accepted as one of them. If I tried to stay in the jungle by a railroad yard I’d likely lose my equipment. My laptop is how I get my work done, and it’s tucked in a dry sack inside an $80 waterproof saddlebag. Hobos don’t carry that stuff.

On another level there’s my own hangup. I know I travel with a lifeline; if my trip becomes too dangerous, or too difficult, or I have a breakdown or an illness or a crisis, I place one phone call and someone who loves me is there. I can book a bus ticket to New Orleans anytime I decide to rest. When I talk to the homeless I feel this safety net hanging from me, like an invisible but conspicuous sign of class difference. I suspect that makes me more timid around them than I have to be.

In Mexico I spent a lot of time practicing noticing the similarities between strangers and me, rather than what sets us apart. I need to do that more.

4. How good does your BS detector need to be?

Surprisingly not all that good. When someone is “off” you will feel it right away. It doesn’t take a lot of practice because you’ve been feeling it all your life. The tricky part is listening to it.

One lady felt off to me but invited me to dinner with buffalo burgers. That sounded really, really good after 45 miles of hills. Plus maybe I could spend the night. She said she was going to the store and would swing back to get me right after. I waited hours and she never came. I was stupid to keep waiting but the prospect of food and shelter was too much. I ended up sleeping under a tree by the river.

If you’d like, you can ask me anything as well. Tomorrow I’ll have an update on the planning for the Trans-Mexico leg.

3 thoughts on “Do You Doubt Your Journey Sometimes?”