It’s been a while since we did a Photo Friday so I’ve got a few pictures for you this time. I honestly don’t remember which pictures I promised to post in my video logs for supporters, so if you’re a supporter and one is missing just email me and I’ll include it next week. (If you’re not yet a supporter but you’d like to get these video logs, you can grab them here. They show a lot of the coolest places I’ve discovered… although some of them are just me talking to the camera about what’s going on in my life on this adventure. Full disclosure.)

First off, here’s a shot of the Gulf when I finally reached the beach after more than a thousand miles of desert:

The next few are not high photography but show some of the weirder moments along my trip. This one is the world’s worst design for a wheelchair accessibility ramp:

This next one caught my eye as I cruised through a small village on the coast. It’s the sign on a snow cone shop:

The only authentic one with the registered trademark

I’m not really sure why they’re marketing themselves to blonde people. It definitely wasn’t the kind of tourist town that gets a lot of foreigners. Despite fitting the description, I declined to go inside.

This one is just cruel:

At first I thought it was one of those want-a-book-take-a-book libraries that some cities have. That got me super excited, both on a general “knowledge is good” level and on a personal “I’d like a new book to read in Spanish” level. But that’s not what this thing is at all.

Instead, it’s just a display of books. It’s completely sealed, with no way to open it and no way to get one of the books. This clear side faces a major plaza and the reverse side is a locked steel door. I guess it’s supposed to be an ad for some place where you can get books, but to me it’s like putting a chocolate cake in a jail cell and giving no one the key. Also it’s kind of a waste of readable books, right? 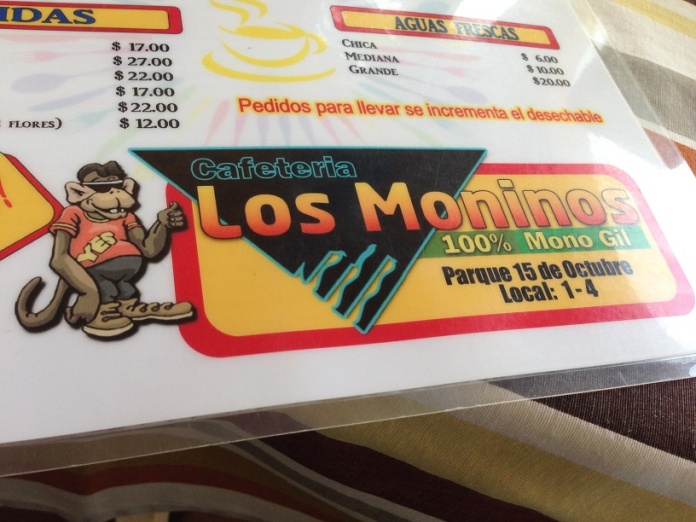 This is the menu at The Monkeys Cafeteria in Alvarado, Veracruz. Apparently their mascot is a monkey with a beer belly wearing a shirt that says YES… and giving the thumbs up. (They had a Santa version of him for their Christmas display as well.) The best part is where the menu reads, as if it’s a bragging point, “100% Mono Gil” or 100%% Gil Monkey. I guess that refers to the ingredients? If so this place is macabre as hell.

Last photo! This one is more “photo of the week” material. This is a boat in the town of Catemaco. It sits on the beach of the magical lake, renowned for its mystical powers and the source of the local tradition of sorcery. It looked so lonely and perfect sitting there: 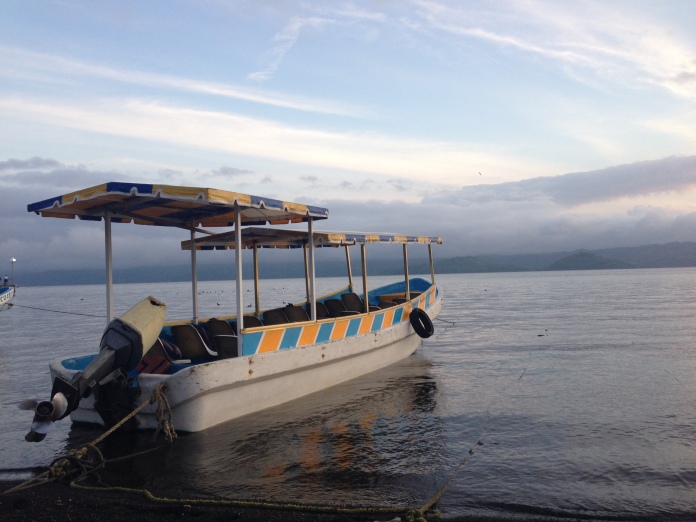 Oh Mexico, te quiero mucho. Thanks for following along everybody. I have one more piece to finish up the series on inspiration as heroism, and then next week I’ll start posting road logs again.