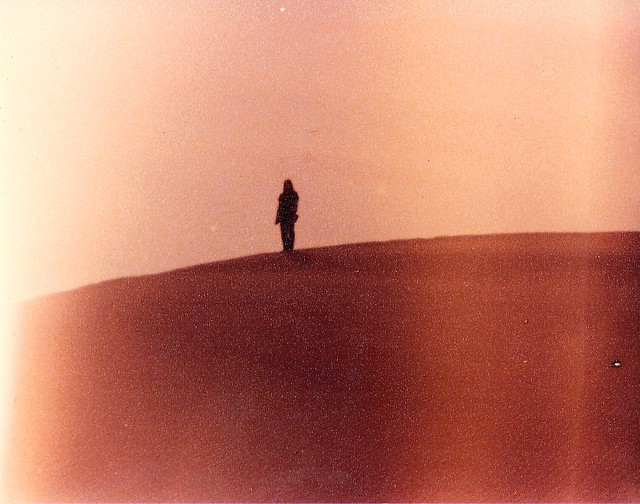 I just received another great question from Pixi. She asks:

“You have mentioned in blog posts about how being a fellowship of one wasn’t super awful, you met a ton of cool people along the way, and how you found friends and supporters all along the route. But I am interested to hear more of your internal process on that front. If you want to share… What was it like doing it on your own when you had planned to have people?”

I think loneliness is normal when wandering. For those of us who have never fit in it’s even more pronounced—even among our friends or loved ones we feel alone. So the journey can be intensely lonely at times, but it will eventually show you your role in life. Your purpose.

That sense of purpose is a big part of why I didn’t feel so alone on this trip. I will admit that when I first found out it was just me, in Saltillo, I was worried. I had been pretty miserable bicycling Texas on my own. I expected it to be a repeat of that, hard days and lonely nights. But a lot had changed since Texas.

For one thing, by the time I started the Mexico leg I had a very clear idea of my job in life: I’m a writer. When you know your purpose it’s easy to feel like you have a place in the world, even if you’re alone or don’t fit in. And writing gave me a lot to keep me busy. Nights that might have been “lonely” for others often involved drafting road logs or outlining short stories. If anything, I felt like I didn’t have enough writing time.

The surroundings were also different. Texas is boring. It’s essentially one endless plain of cookie cutter towns. But Mexico is beautiful. Every town in Mexico has its own unique character that’s different from the next place down the road. I had a sense of discovery every day. It’s not that there were no repetitive or difficult parts, but I could always look forward to something new up ahead.

(It helped that I was a successful freelancer now, and stayed in cheap hotels every night. Basic comfort makes other hardships easier to endure.)

Last, I just had more confidence. Early in my trip I struggled to know that what I was doing was important. I looked outward for affirmation from other people, as if people joining me would mean the trip was worthwhile. But that’s not really where meaning comes from. Before the Mexico trip, I proved that I could attract lots of interest and excitement—14 fascinating people wanted to come along, and countless others helped support it. But by then I didn’t really even need anyone else’s affirmation. It’s my journey and I’m doing it for my own reasons. Whether others join doesn’t change that.

Within about a week after Saltillo I was having fun and knew this was going to be a good trip. I never seriously questioned it after that. I knew my purpose, and with a purpose nothing feels overly hard.

At least, that’s my experience.

Have a question? Ask me anything.