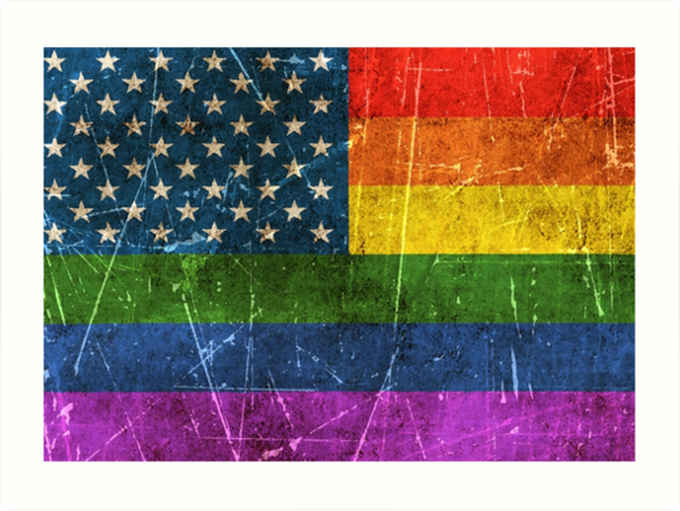 I’m writing my post to offer my congratulations, not only to my gay, lesbian, bisexual, transgender and queer readers, but to everyone who has worked so hard to fight for GLBTQ rights. That means family members who showed their love and support, friends who stood by their friends, President Barack Obama, and all the politicians and political organizers who took up the cause.

I was 17 years old when I first met someone openly non-straight. He was bisexual, had a hilarious sense of humor, and drove his beat up Ford Aerostar as if it was on a race track. I quickly learned not only that he was a good friend, but that the homophobic ideas I grew up with were completely wrong.

What astonishes me is not that one straight Wisconsin boy could make this realization. It’s that the entire nation seems to have made it at the same time. The people of my generation, who grew up in an era when gay men were punchlines on TV and “fag” was an insult, have somehow become the generation of the rainbow flag. (To put this swing in perspective, even the conservative Supreme Court justices who voted against the decision could not say they were anti-gay. They had to offer procedural quibbles and far-fetched discrimination fears instead.) Seeing change on this scale gives me a great sense of hope for what else my generation can accomplish.

Extending marriage rights to same-sex couples does not fix all the injustice in the United States, of course. It doesn’t even end the ongoing prejudice and bigotry against gays and lesbians or, especially, transgender individuals. But I know that this decision directly affects friends and people I love, and millions of other Americans. It helps bring my struggling home nation one step closer to being a world leader.

So congratulations to everybody involved: the GLBTQ community and all of their supporters and allies. And thank you. Thank you for fighting for nearly 50 years to make this possible.

And to all my regular readers: I realize there has been a long absence in posts here. I am back at the writing desk and will resume regular updates next week.

One thought on “The Generation of the Rainbow Flag”