Last time I offered a little glimpse of what days and nights were like during my time in Valladolid. But as time went on, they seemed to get wilder.

Offerings I placed in an underground lake in Valladolid for my followers. Photo by Andre.

Mario, our local chef-cum-poet extraordinaire, has a knack for creating great parties. Generally, if Mario was planning something everyone wanted in. But one plan seemed to go too far:

“Picture this,” Mario said. “We start at dawn. I cook. At seven sharp there is an amazing breakfast laid on the table. And together we share it, and the party starts.”

This proposal earned no shortage of groans. For the banda I ran with, it was just too early of a start. But Mario was relentless. Originally the idea was an overnight party—in one of Alberto’s cenotes, no less—with breakfast cooked over a fire the following dawn. Alberto ruled that it was too complicated, and the idea foundered.

At first I didn’t like the idea of an early wake up, either. But in New Orleans we start our Mardi Gras at 5 a.m. Friends force themselves out of bed to meet for a hasty breakfast and the assembly of the costumes. The great holiday ends at midnight, so by 7 a.m. the Faubourg Marigny is alive with revelers. It’s worth the bleary eyes.

Thinking of this, I asked Mario why he wanted a breakfast party so bad. And why so early?

“For the experience! Think of it, Andre: the sun is barely up, the day is not yet hot, the streets are silent. It’s a time we always miss, bunch of drunks that we are, but this one day we’ll get to see it, to experience it, and we’ll celebrate being alive.”

And so the breakfast began.

Mario and I had a week to campaign our friends to actually wake up on time. No one wanted to, and almost no one gave a firm commitment. Mario promised to bring enough food for 12 people, and joked that we’d have to eat it all ourselves. Meanwhile, my contribution was a bottle of Bailey’s Irish Cream for the coffee, which I discovered was kept behind protective glass at the supermarket and required a secret code to purchase.

We shouldn’t have worried. On the day of the party, the guests tumbled in half-asleep and miserable, but quickly perked up at the smell of food. They brought with them fresh juice, treats, and the ingredients for morning cocktails. “Is there milk for the coffee?” someone asked. I slid them the Bailey’s.

The breakfast. Photo by Andre.

By 8:00 the seats were full, and people came and went all day. After breakfast we sat in bliss and chatted; after chatting we swam. The conversation ranged from philosophy and fate to sex, which to Mario are faces of a coin. When the debate got too intense I cooled it down by pushing Alejandra in the pool. But it was good, easygoing conversation. A party under the sun is just more humane than a party at night.

Swim, snack, chat, swim snack. Eventually someone gathered up ingredients and fixed another meal, and others made beer runs. “Get your glasses!” called Mario. “Get ready for the countdown!”

“We started at seven,” he grinned. “It’s about to be seven again.”

The assembled company murmured in disbelief. It was the twelve hour mark of our breakfast. Mario counted down the seconds and we toasted on the hour.

The party continued even longer, but when the sun went down the mood changed. Not for the worse or the better. It just changed.

I decided to rest, but the pool party got wilder. At one point I stepped inside for a call from a friend back home. I guess the guests missed their host, because a few lined up by the window and taunted me with full moons. The guilty parties will of course remain nameless.

By nine or ten, the moment was lost. People found their reasons to make an exit. Many weren’t tired out but were just ready for a new venue. For my part, I closed the door and relaxed, happy.

The breakfast was far from the only party Mario threw. The greatest was also the last: the closing of his restaurant Naino. He was tired of not making a profit, and the tourist season was over. While everyone else thought it was a tragedy, Mario responded with his usual fatalism. It wasn’t meant to be; there was no point in fighting it; the only thing left to do was go out in glory. And so began the Last Supper.

I figured the name was just a joke, but it quickly became clear that this would be a thoroughly Biblical event. Mario was to play the part of our Lord and Savior. Per his invitation text:

“The next day Naino shall be crucified. Three days later it will make a brief reappearance and then ascend to the heavens, at the right hand of Mario.”

Costumes were encouraged, particularly togas and robes. I didn’t have a toga but I did have a checkerboard cape from my Chess Master costume at Mardi Gras. Striding across town in this outfit got a lot of Mayan double-takes.

The admission fee to the dinner was supposed to be $150 pesos, but Mario neglected to collect it, leaving Manda and me to be his muscle. I also tithed a fair selection of wine, as our messiah had thus far failed to turn water into a liquor license. 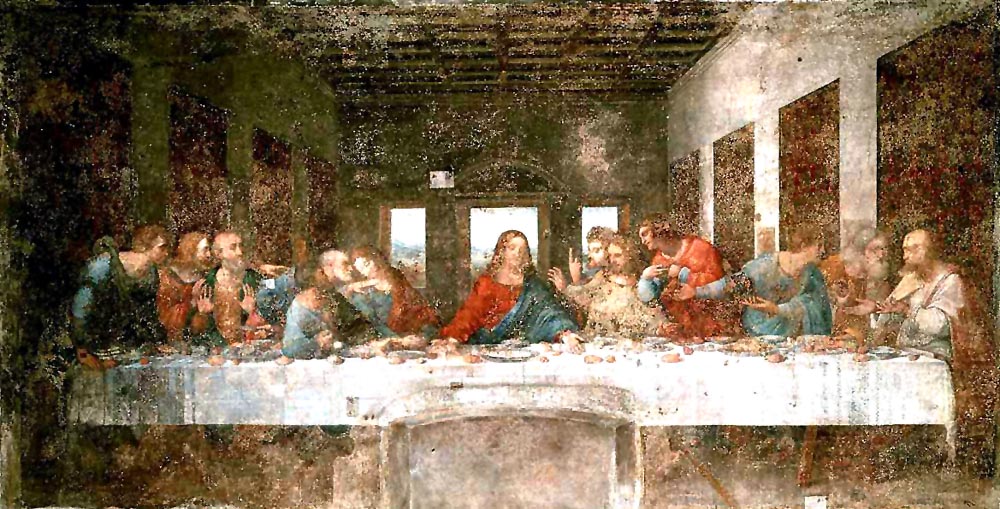 The Last Supper by da Vinci

The Last Supper by Mario. Your checkerboard rogue priest occupies the position of St. Thaddeus, near the far right.

Despite the good times, I often abstained from parties. Once, when Naino’s kitchen closed and the tables were slid aside for the dancing to begin, I made my way to the door amidst booing and pleading from my compatriots. I believe in living in the moment, but the truth is I do precious little of it. I live more in my plans and my dreams, and a hangover does not help me accomplish them.

Still, I was anything but a wallflower during those months. There are more Valladolid stories than I can possibly tell. At one point I was invited to give a talk on my Adventure to the local community, complete with a Spanish translator. I made friends I haven’t even mentioned here: Denis, the jolly hotel owner and local maven; Allan, the quiet old genius who lives outside of town; and Harriet. Harriet approaches life as a puzzle that can be figured out. She tornadoes into a room with the charm of a New England ladies’ club and the booming voice of a naval commander. Once, at a fundraising breakfast she organized, I teasingly complained about the long speeches. “You know what, Andre?” she cheerfully replied. “Fuck off and die.”

At the end of my Valladolid time, I still had one mission left to accomplish. For 1,700 miles of cycling across Mexico I carried a card inscribed with the names of all the supporters who made the trip possible. (“Follow that Dream,” the card read.) I had pledged to leave it at a shrine of Guadalupe in Valladolid. The problem? There were none. I could spot household shrines through doors and behind gates, but no public ones.

My last week in Valla, I rode the Giant out to the villages. On the  city outskirts I spotted one of the ritual crosses of the Maya. A hundred years ago, when the Maya rose up against Mexican landowners, they formed their own Christian cult around a holy cross that could speak and issue commands to its followers. Even today, the villages have simple wooden crosses dressed in beautiful hand-embroidered garments as if the cross itself were a person.

I stopped at this particular holy cross, its pediment crowded with candles. Leaving the bike aside, I knelt down.

All the candles were of Guadalupe.

Reverently, I kissed the ground and offered the card. “Follow that Dream,” it still said, just barely, the words blurred by moisture and sun and months of riding in a bike bag. I set the card behind the candles, in this place where Mayan, Mexican and European tradition come together.

As I stood I saw a local mother and her two kids on the trail behind me. She held them back to let me do my devotion in peace. But when I met her gaze, she smiled warmly. So did I.

I had finished my mission of riding across Mexico. In the future, I’ll pick up at the same place and head farther south—through countries even more dangerous, on roads even more busted, with even less idea of what I’m doing.

But for now, I focus on my career. At the end of May, a friend from the US came down to visit. I left the Canada House and Valladolid in early June, and we spent some time on the beach before I headed to Xalapa to write.

So where am I now? That’s a story for next time.

For more reading, check out my book Lúnasa Days.